Liberal Democrat plans to introduce a new Nature Bill in the next Parliament will go further and faster to protect Britain's wildlife, Nick Clegg has said.

Under our plans for the next Parliament, all exemptions for single use plastic bags will be removed. 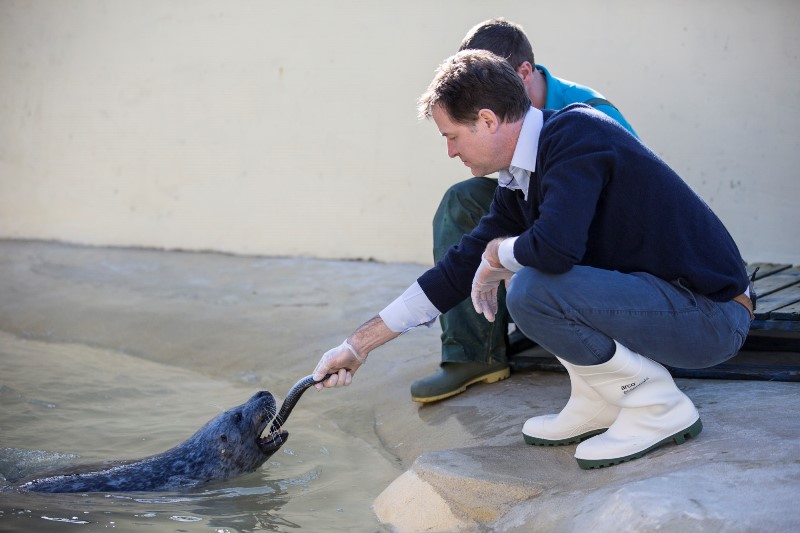 Nick visited a seal sanctuary in Cornwall to learn more about the harm plastics do to animals and to see first hand the work being done to protect Britain's marine life.

Following the visit Nick raised fears about the decline in numbers of species unique to Britain, and said the Liberal Democrats would go "further and faster" to protect Britain's wildlife.

"The facts are simple; single use bags blight our towns and countryside, they trap and suffocate wildlife, and plastic bags take hundreds of years to degrade."

In government Liberal Democrats are delivering a 5p plastic bag charge which is due to take effect in October.

"The countdown to charging has begun, and by the time it arrives this autumn, reusable bags should increasingly be commonplace. As we get used to it, the hundreds of millions raised from the charge will go to charities.

"But we need to do much more. We need to go further and faster. This is why the Liberal Democrats will remove all single use bag exemptions, benefitting consumers, charities, small businesses, and the millions of families who enjoy our wildlife and countryside."