A Bill introduced by Liberal Democrat MP Michael Moore has today passed its Third Reading in the Lords, enshrining an aid target of 0.7% of the national income into UK law and ensuring that it will be met each year.

The Liberal Democrats have already made sure that this target was achieved under the present government. 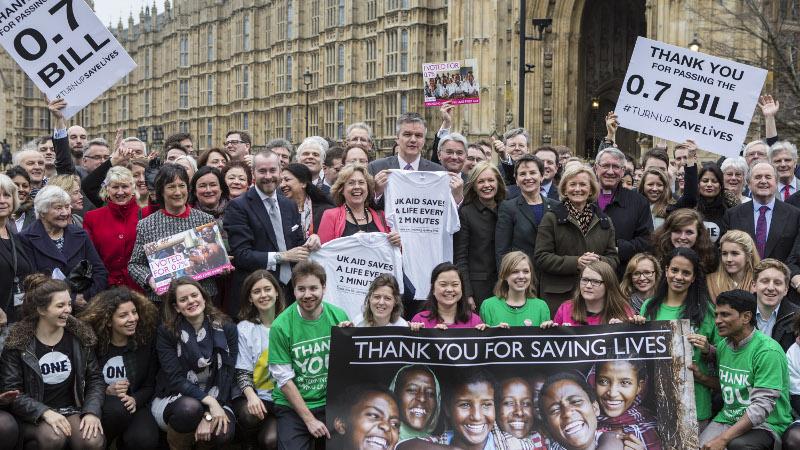 As the first country to reach this milestone, and now commit to achieving it every year, the UK leads the world. The country's development partners will now be able to sustainably plan their work for the future.

With no amendments made to the Bill in the Lords it will now proceed for Royal Assent. The Bill was taken through the Lords by Liberal Democrat Peer Jeremy Purvis.

"It has been a long campaign but we have finally made it. I am proud of the fact that not only are we the first of the world's wealthiest nations to reach the UN target but also that we are the first country to make a recurring commitment to the target in law.

"We can now move the debate forward, focussing on how we can transform lives in the developing world by spending aid effectively and transparently.

"As a Liberal Democrat, I am proud of the efforts of my party in this area over many years and thank colleagues in both Houses for their support. I also thank all other colleagues across the parties who helped to ensure the safe passage of this important measure."

"Following a long fight in the Lords, overcoming attempts by a Thatcherite old guard to talk it out, we have now prevailed. We will strengthen British leadership and we can be proud of our achievement.

"There is no doubt this legislation will help save lives around the World and without the Lib Dems in Government it would not have happened."